*Disclaimer: Individual results may vary from person to person. 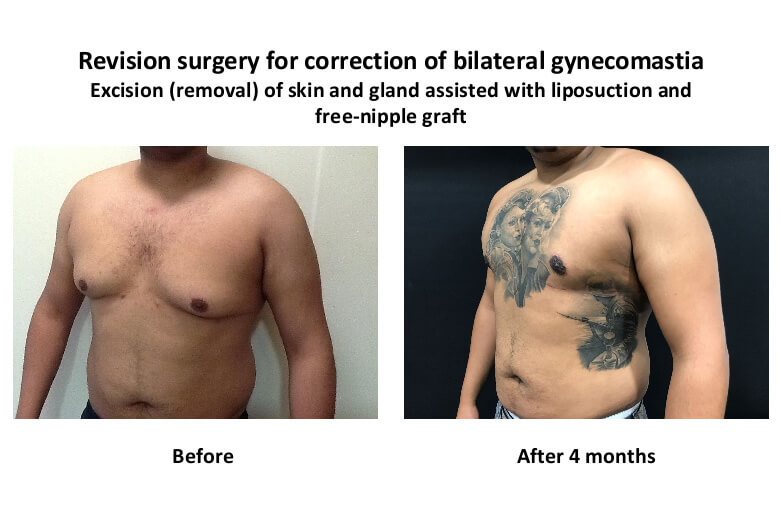 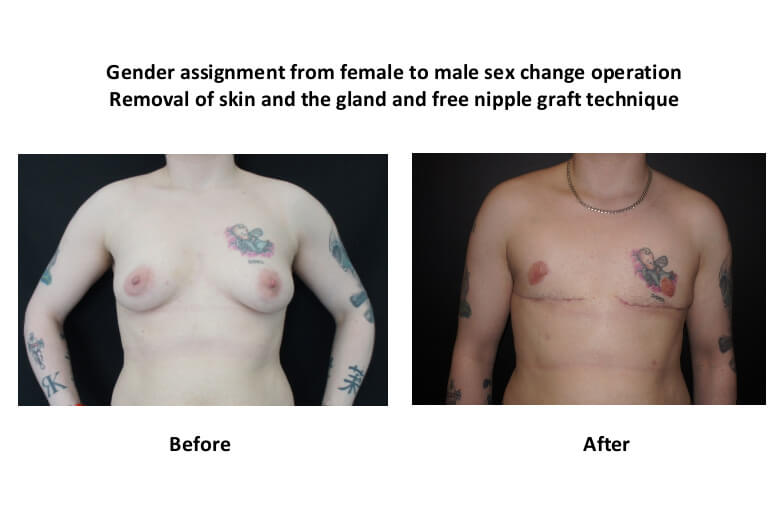 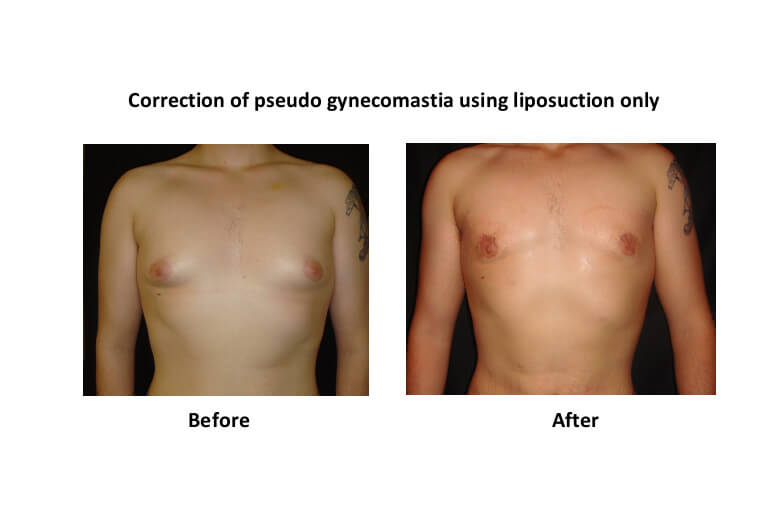 Gynecomastia is caused by the presence of excess soft tissue in the front of the chest wall. It is commonly known as ‘male breasts’, ‘man boobs’ or ‘moobs’.

Gynecomastia may be present without any specific underlying cause in the majority of men. It can also be caused by issues such as hormone related conditions or excess weight.

The treatment we provide for enlarged male breasts depends on the type and grade of gynecomastia. It can vary from liposuction, open excision, skin reduction and a combination of these. See our gynecomatia treatment page for more details on our surgical procedures.

There are different types of gynecomastia:

Primary gynecomastia can occur during puberty or later during adolescence where there is no apparent underlying pathology.

Secondary gynecomastia is caused by hormonal imbalance because of endocrinology abnormalities such as testicular tumour/infection; gonadal dysfunction; thyroid dysfunction; or as a side effect of certain drugs, such as Beta blockers or estrogens.

Diseases that cause gynecomastia are listed below:

Prepubertal distribution of fat can mimic a gynecomastia effect in some teenagers, which can become a source of bullying, harassment, name calling and embarrassment by his peers. This can also lead to anxiety and depression.

In these cases, endocrinological (hormonal) investigations are essential to rule out associated disorders. A majority of teenage patients with mild gynecomastia will find the condition resolves on its own accord by the age of 18 years and no intervention is required.

The nature of gynecomastia can vary by ethnic origin, although the condition is common amongst Afro Caribbean, Asian, Caucasian and Oriental men. For example young Afro Caribbean men with masculine body and normal body mass index commonly suffer from glandular (fibrous) gynecomestia.

Fatty/Pseudogynecomestia is common across all ethnicities, particularly in the south Asian population, where patients are either overweight or morbidly obese.

Transsexuals of female origin who are transitioning to male require an operation which is the equivalent of the correction of gynecomastia, commonly called a subcutaneous mastectomy.